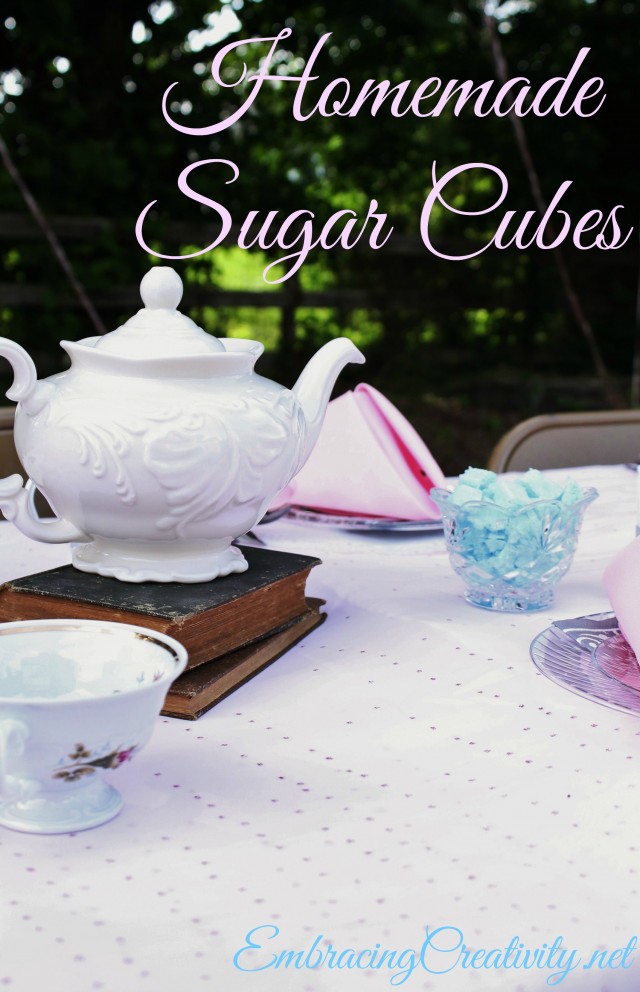 No proper princess tea party is complete without sugar cubes but why spend money on expensive sugar cubes when all they are is sugar and water?  Plus, when you make homemade sugar cubes you can add color, flavoring, and you’re not restricted to just cubes – you can make them any shape!

Here’s the recipe I used for the sugar cubes (& rectangles) seen above.

1. Combine sugar and water until it’s moistened.  Add a little more sugar or water to get the desired wet sand consistency.

2. Add just a tiny bit of food coloring if you wish.  I used Wilton’s gel food coloring and one tiny bit on the end of a toothpick was plenty.  You can always add more so start slow.  Add the 1/8 teaspoon of flavoring here if you would like.

4. Allow to dry completely!  I skipped this step on my first batch and I had to be super careful when handling them – it was not pretty!  I would prepare these a day in advance to give plenty of time to dry.  Sugar cubes can be kept as long as regular sugar can as long as it’s in an airtight container at room temperature.

My first attempt at sugar cubes didn’t go so well because I didn’t allow for them to properly dry but every attempt after that has been perfection.  Give it a try once and I don’t think you’ll ever buy sugar cubes again! 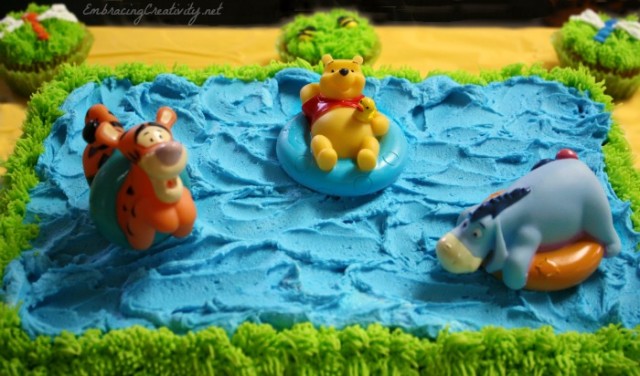 Isn’t this Winnie the Pooh cake just adorable!  It was made for my sweet friend’s Winnie the Pooh baby shower.  I’m here to share all the wonderful Winnie the Pooh party details with you here in collaboration with Disney. {They gave me a few goodies and party supplies.}  If you want to replicate this cake to show off your #DisneySide you can find the cake decorations/bath toys at Babies R Us. 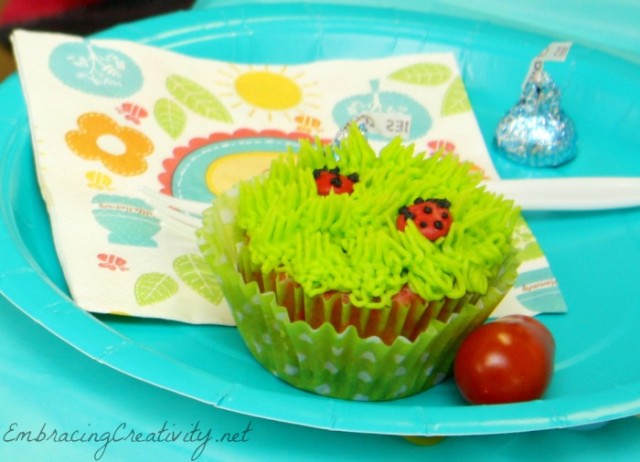 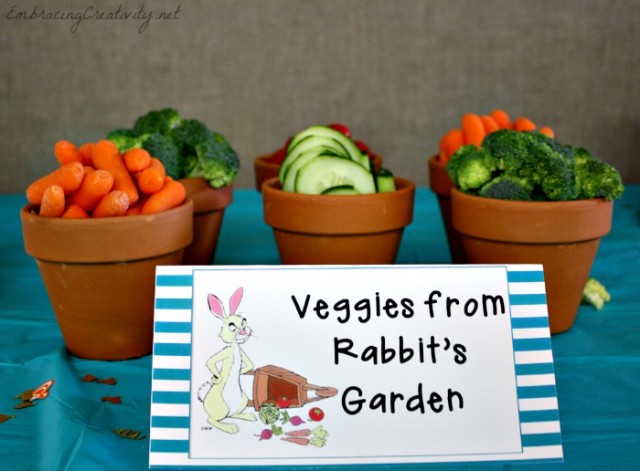 I absolutely fell in love with this idea and I think everyone enjoyed munching on veggies from Rabbit’s garden. 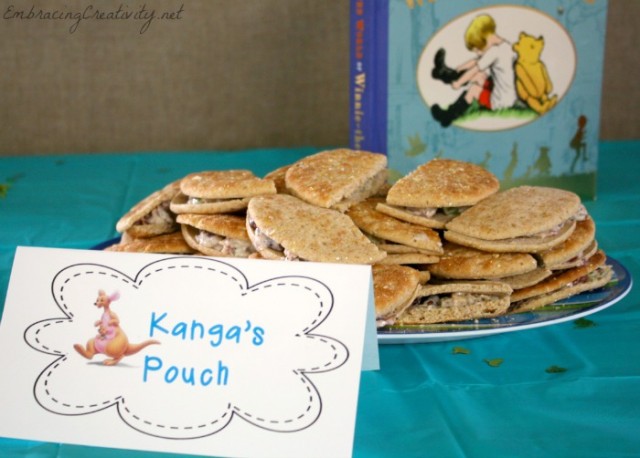 Kanga’s Pouches provided a nice snack.  You’ll notice there were Pooh books placed randomly throughout the party to add to the decor. 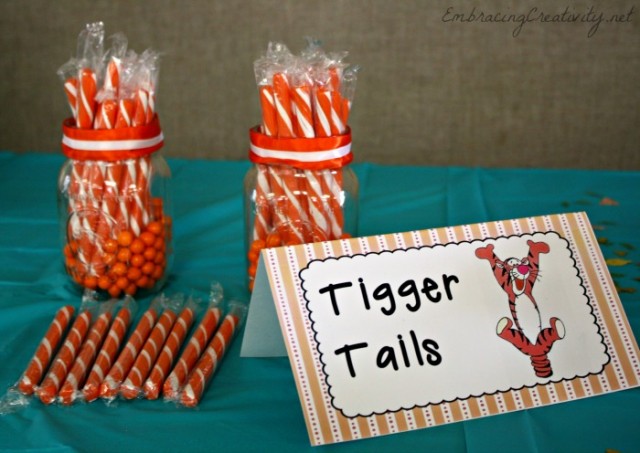 Tigger Tails not only made for a colorful display but also a nice take home treat. 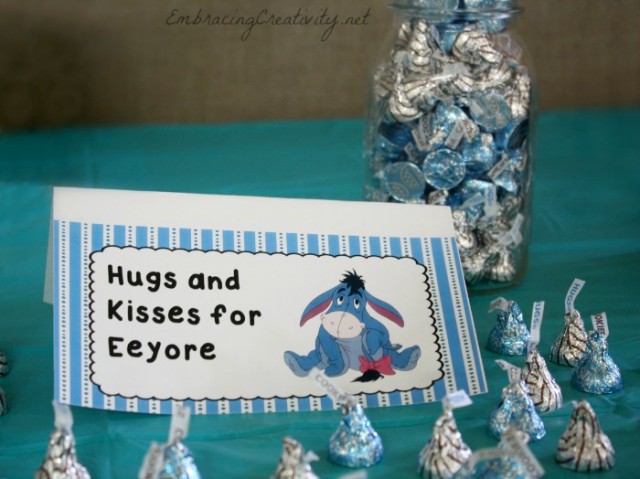 Hugs and Kisses for Eeyore.  Who couldn’t use more hugs? 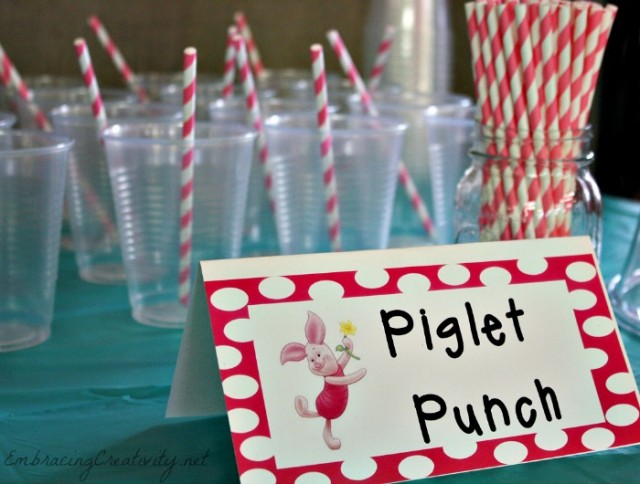 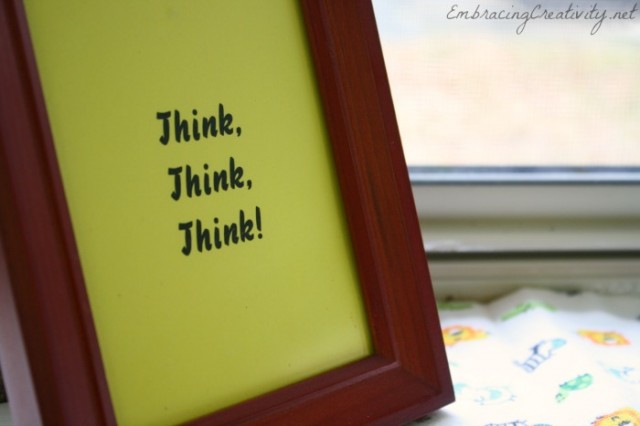 DIY Pooh Party decor right here!  Print, cut to size, and frame.  There were also pages from Winnie the Pooh books that were framed and on display also but I didn’t manage to get a shot of those. 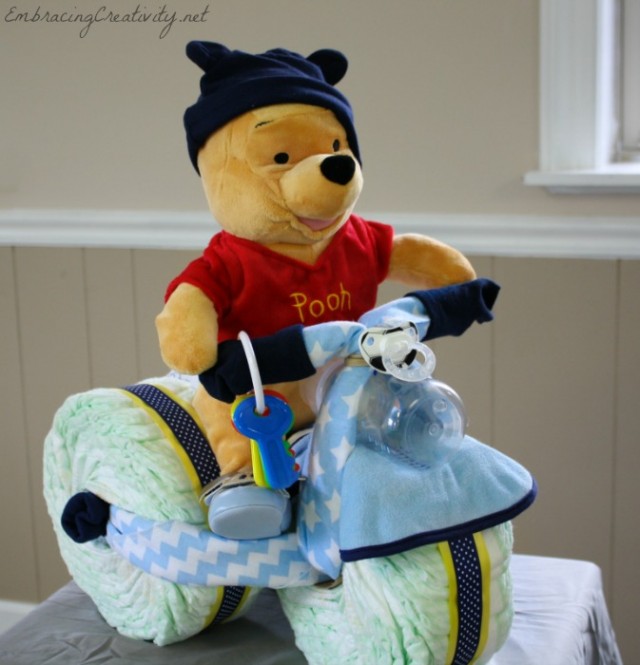 Check out this super cute Winnie the Pooh diaper motorcycle!  A friend of mine made this for the shower and I am in awe at her creativity.  I’ve made diaper cakes before but this stepped it up a notch. 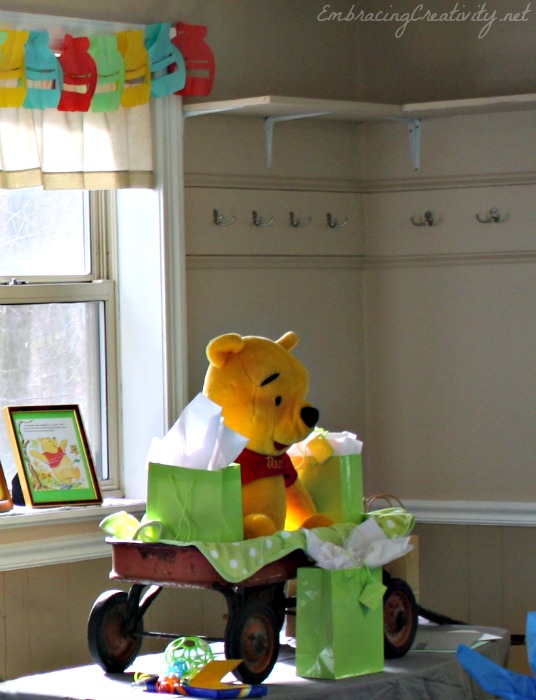 Here is the gift table with a rusty red wagon and Pooh on board.  The honey pot window decor was a store bought decoration.  Oh, there is a picture of a framed Winnie the Pooh page!! 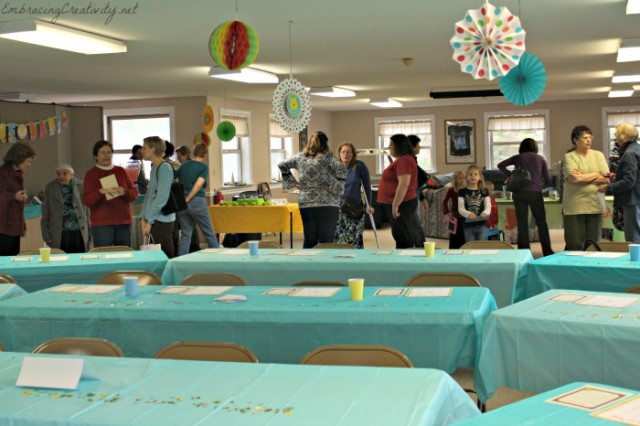 On the tables there was Winnie the Pooh themed confetti {I almost wrote “Pooh confetti” but that just doesn’t sound right!}, Winnie the Pooh bingo cards, and thank you note envelopes for the guests to write their address on.

I think the party was a huge success.  The decorations were full of cute but low on cost, the mama-to-be was blessed with an abundance of baby gifts, and there were even a few tears of happiness shed.  This is how my friends and I showed a little of our #DisneySide!  I hope enjoyed the party overview and feel inspired to show your #DisneySide to others. 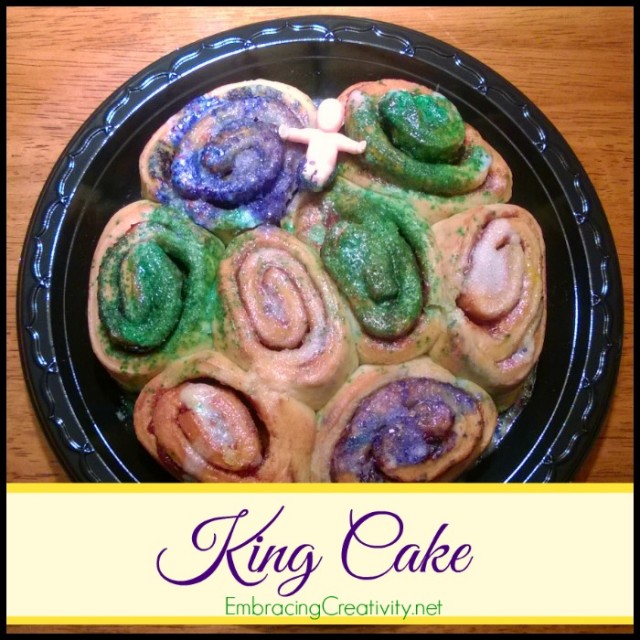 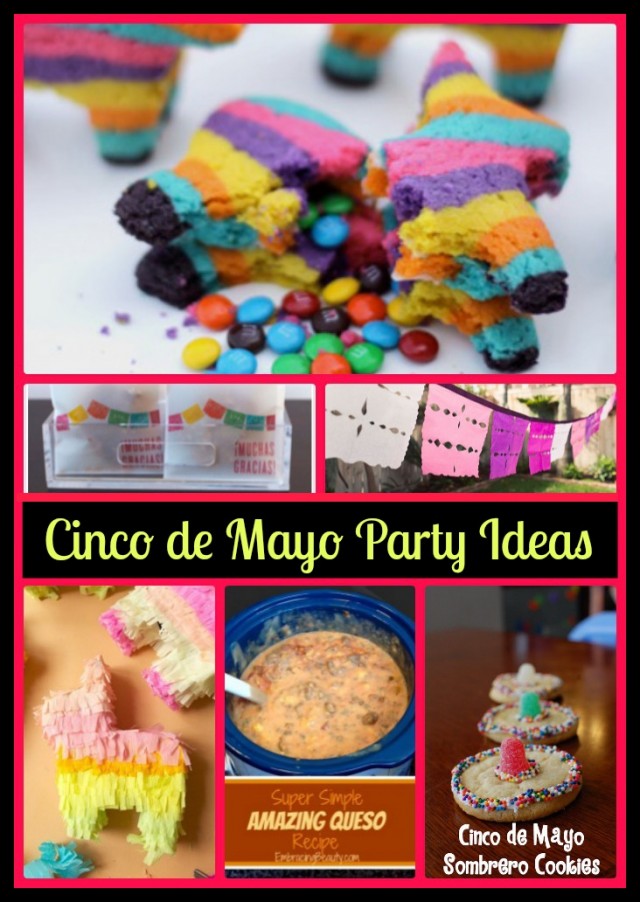 Cinco de Mayo is coming up on May 5th and I have a great round up of party ideas for you.  There are creative food recipes, free printables, and DIY decoration ideas to help make your party fun and festive! 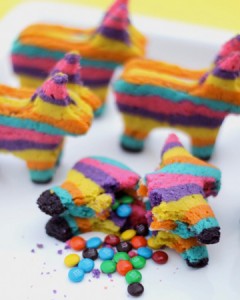 1. DIY Piñata Cookies – These are the perfect cookies for Cinco de Mayo!  They look like adorable, unsuspecting cookies until you break them open and you find extra treats inside.  Yum!  Check out the step by step instructions on how you can make your own piñata cookies. 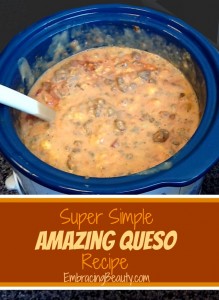 2. Amazing Queso Recipe – This is my own recipe for queso but I promise you, it’s amazing!  Everyone who tries it asks for the recipe.  I think it’s perfect dip for a Cinco de Mayo party. 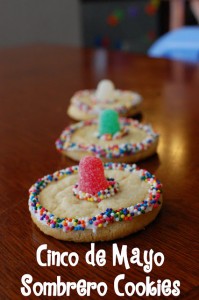 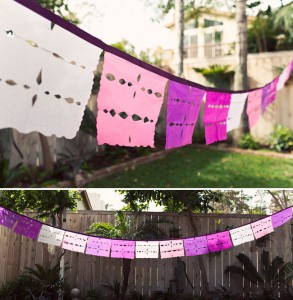 4. DIY Papel Picado Mexican Banner – Papel Picado is a traditional Mexican banner and this simple DIY tutorial will have you cutting intricate designs into tissue paper like a pro. 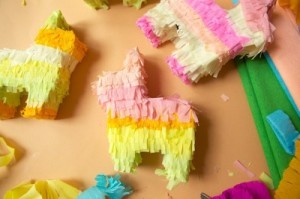 5. Mini Pinata Party Favors – After everyone has taken a swing at the full size piñata you can send each of your guests home with a mini version of their own. 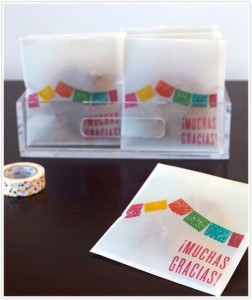 6. Cinco de Mayo Party Favor Bags – If you’re making your own party favor bags this printable design can really put them over the top!  This design was printed onto vellum and then each one was filled with homemade pralines.  Yum!

Thanks for reading my round up and thank you to all of the blogs who allowed me to share their genius! 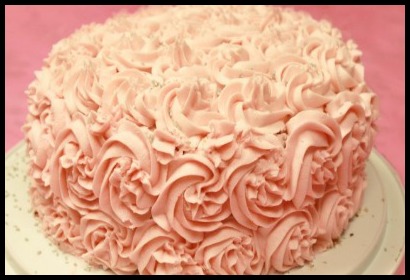 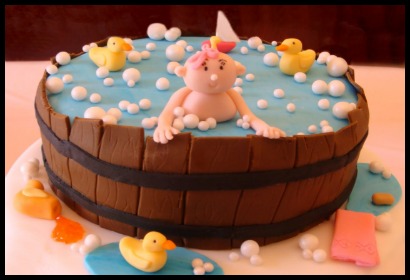 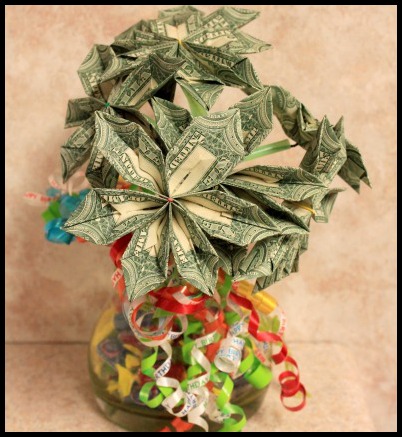